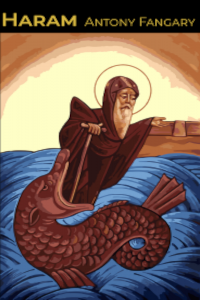 Haram by Antony Fangary is a chapbook-length collection of poems & prayers.

“Through even psychic journeys home, Fangary quarries the oaths we have grown numb to. Hiding from no one, here is a wanderer who has written poems on the film layer of his eyes. In the war and peace of imperialist myth, poems written on behalf of we who don’t exist. And gentle paper for the prayers of our grandmothers’ tongues.”

“Antony Fangary has a unique and harrowing American story to tell. His masterstroke as author was to alternate Coptic prayers with personal revelation: “my father was proud of my skin when I was born / my mother says he showed me to everyone in the hospital / a brown man with a son white as an ostrich egg / the American dream //  Lord, look with / Merciful eyes / At my weakness / At my disgrace.” This book is the perfect example of the literature we should be reading, to open our eyes to the world and thereby to know ourselves.”

Antony Fangary holds an MFA from San Francisco State University and is a recipient of the Ina Coolbrith Poetry Prize. You can also find his recent work in Waccamaw, The Bookends Review, Anomaly, Welter, and more. He is curator of the Tenderlovin’ in the TL reading series. The series also serves as a community outreach program that provides charity for displaced individuals in the Tenderloin neighborhood of San Francisco. 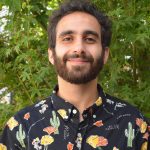 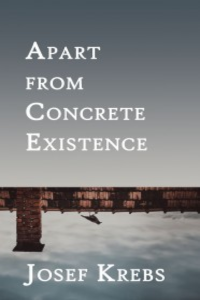 Apart from Concrete Existence by Josef Krebs is a chapbook-length collection of poems.

Josef Krebs’ poetry appears in Agenda, Bicycle Review, Calliope, Mouse Tales Press, The Corner Club Press, The FictionWeek Literary Review, and Burningword Literary Journal. His fiction has been published by blazeVOX and Apart from Concrete Existence is his first chapbook. Krebs is the author of three novels, five screenplays, and another book of poetry. He is also a filmmaker who has had films screened at the Santa Cruz and Cannes film festivals. He lives and works in New York as a freelance writer for Sound & Vision magazine. 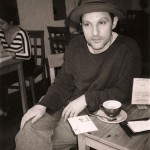 The Girl with the Green Violin by Kirby Wright 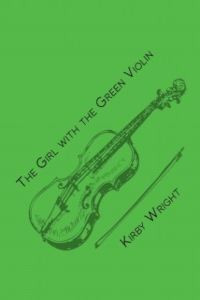 The Girl with the Green Violin is a chapbook of poems.

Kirby Wright was born and raised in Honolulu, Hawaii. He is a graduate of Punahou School in Honolulu and the University of California at San Diego. He received his MFA in Creative Writing from San Francisco State University. Wright has been nominated for five Pushcart Prizes and three Best of the Webs. Wright is a past recipient of the Ann Fields Poetry Prize, the Academy of American Poets Award, the Browning Society Award for Dramatic Monologue, and Arts Council Silicon Valley Fellowships in Poetry and The Novel. Excluding The Girl with the Green Violin, He is the author of eight full-length collections including Notes Above Water, Selected Poems (Lemon Shark Press, 2014) and three other chapbooks. You can read more about Wright on his website. 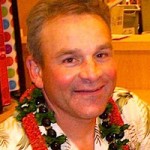 Singing is My Favorite by Susan Elliott Brown 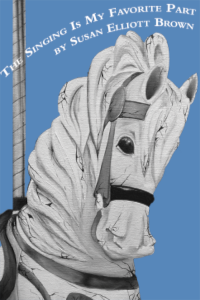 The Singing Is My Favorite Part is a chapbook of poems.

“Susan Elliott Brown’s poems are so whip-smart, so elegant I need to dress up to read them. I’d like to take them to a Montmartre café so they can feel the sun of Paris as I savor each with coffee and croissant. I’d like to make them my tiny house, and open my eyes to them every day.”

–Angela Ball, author of The Night Clerk at the Hotel of Both Worlds

Susan Elliott Brown is a PhD student at the University of Southern Mississippi where she received the 2014 Joan Johnson Award in Poetry. The Singing is My Favorite Part is her debut chapbook. Her poems have appeared or are forthcoming in The Best American Poetry blog, Measure: A Review of Formal Poetry, The Atticus Review, The Ampersand Review, and Alehouse, among others. You can follow her on Twitter @selliottbrown. 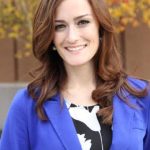 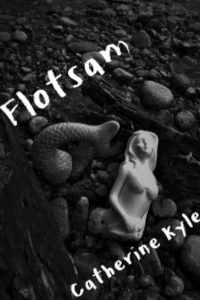 Flotsam by Catherine Kyle is a chapbook of poems.

"Kyle affirms women’s stories, as well as womanhood in general. And, most pressing, a woman's firm, fierce desire to be her own person."

-H.L. Nelson, author of The Sea is Only Meat, on Catherine Kyle's Work

Catherine Kyle is a Ph.D. candidate in English at Western Michigan University, where she studies representations of artists’ coming-of-age stories in contemporary graphic novels. Her hybrid-genre chapbook Feral Domesticity, which contains poetry, fiction, and paintings, was published by Robocup Press in 2014. You can read more about Catherine on her website: www.catherinebaileykyle.com.

Catherine Kyle
· Chapbooks
Next → Page 1 of 2